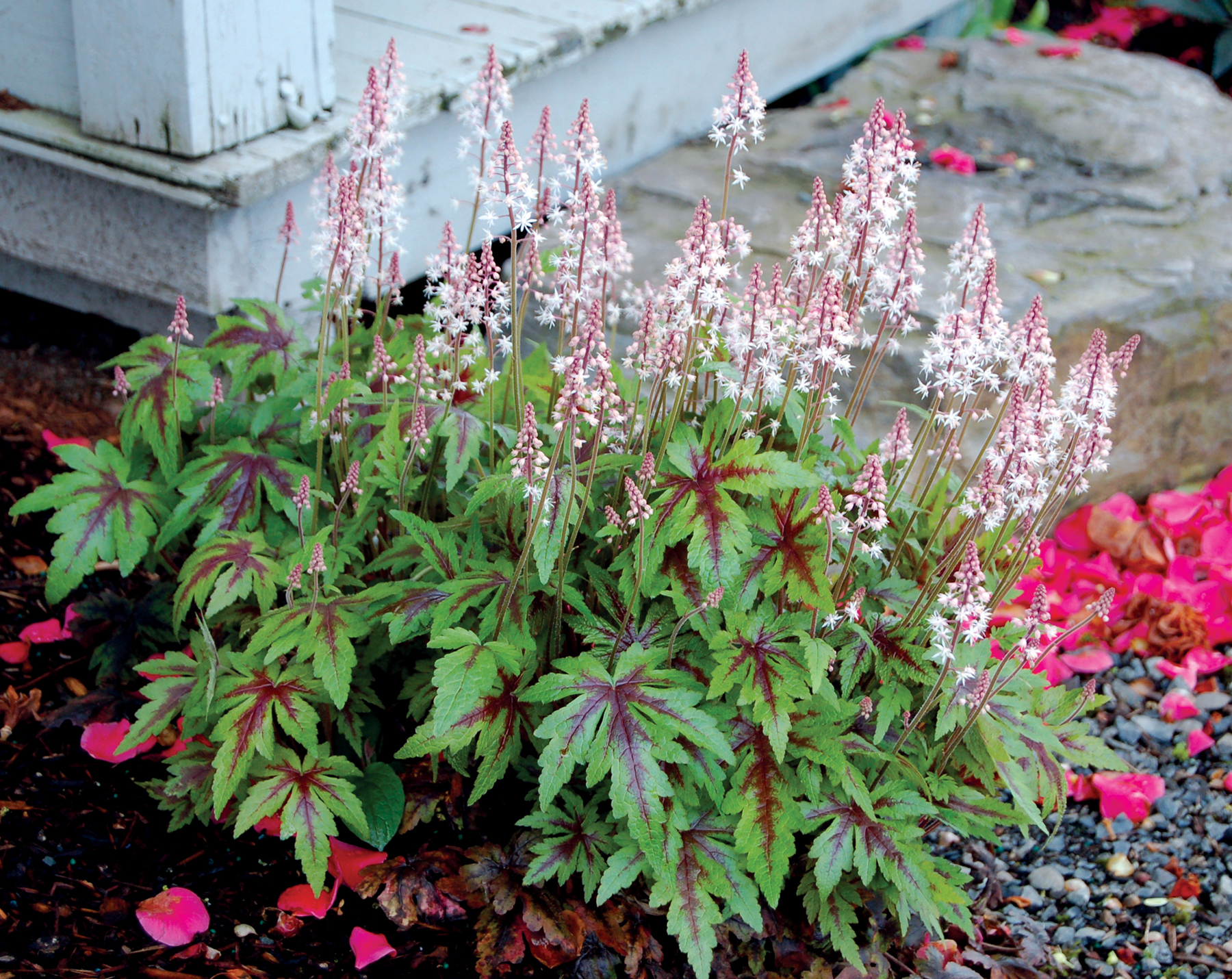 There are about seven different varieties of Tiarella. All of them are endemic to East Asia and North America. The name Tiarella comes from the Greek name ‘Tiara’ which is synonymous to ‘crown’ in English. This is because the plant produces fruits which resemble a small beautiful crown in all its varieties.

Sugar and Spice Tiarella is a blend of two of the varieties. Just like its parents, it is herbaceous and perennial in nature, thriving throughout the year. The definitive feature of the sugar and spice tiarella is the mound that its flowers bloom from. The mound, while being a beautiful part of the plant, also acts to hold the numerous flowers in place during bloom.

During bloom, the sugar and spice tiarella bloom into frosty, showy pink or white flowers, which have a slight fragrant around them. The flowers mostly bloom between April and May, and they only stay for as long as the season allows.

The plant, which is often referred to as Foam Flower, grows in a distinct and dramatic array of leaves that have dark marks at the center. It grows well in soils that have average to medium moisture. It is worthy to say here, that extremely wet soils are fatal to the plant, especially when winter season beckons. Perfect for part shade in woodland garden settings.

On average, the Foam Flowers grow to a height of one foot and the same dimension in width. This means that even in bloom, it is considerably small in size. However, what it doesn't have in size, it replaces with its hardy nature and the fact that it has really low maintenance needs. It is also tolerant to deer and other small animals

For your garden needs, the Sugar and Spice Tiarella can be used as a cover for shaded areas and rocky places. It can also act as a carpet for containers and the ground.

Tiarella Sugar and Spice is grown in one gallon containers. Orders shipping to west coast addresses may be partly bare rooted for shipping.